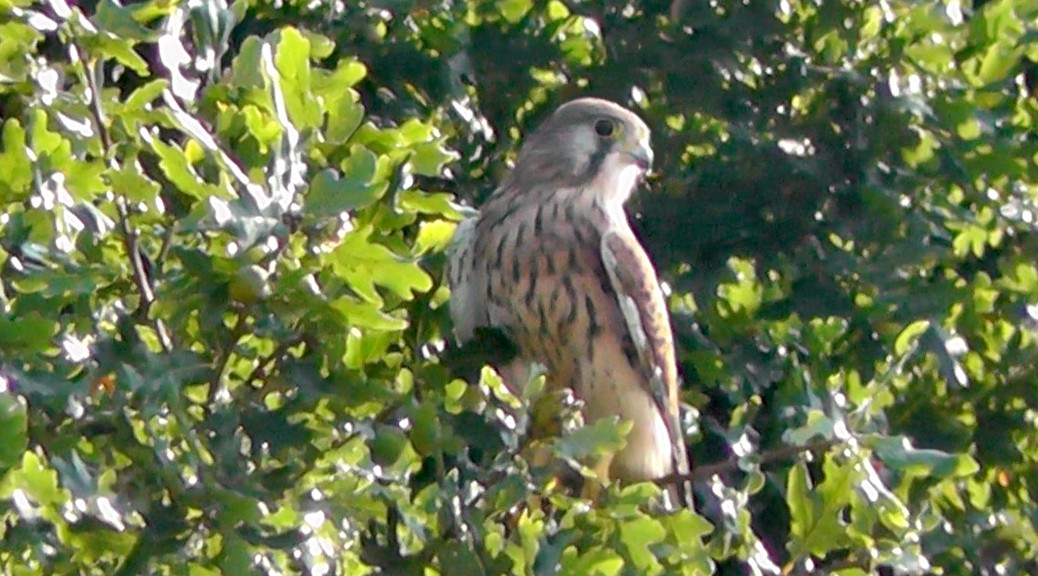 A new addition to your local bird knowledge, by Tim Rymer, a regular birdwatcher in the Park

I spend quite a bit of time in the local area and have been visiting Shrewsbury Park regularly since early 2017, often taking a pair of binoculars when walking the dog. With a bit of patience, looking and listening carefully, there are lots of birds to find, and I can add several to the excellent list compiled by John Beckham (and can confirm I’ve seen all of those he listed apart from siskin which had eluded me to date). There’s something to see all year, with early mornings often best, but look out for the arrival of redwings and fieldfares from late autumn and warblers in spring. Listen for woodpeckers and nuthatches all year round and try to pick out a stock dove amongst the woodpigeons. Search the tit flocks for goldcrests and the goldfinches for siskins and redpolls.
My additional sightings are below but just to note my top five highlights first. These are:
Cuckoo – the most unexpected but wonderful sound of one calling late April whilst I was walking through the old allotments.
Peregrine – devouring a parakeet on the golf course viewed from the park
Willow warbler – hearing the descending call of this spring migrant in the woods wad a real surprise
Tawny owl – seeing one come flying out of trees across my path late on evening
Treecreeper – finding these well-camouflaged climbers scurrying about on tree trunks
Lesser redpolls – around 20 in the big maple during mid-winter
Finally, it’s certain there are other birds to be found flying over or passing through. A red-legged partridge was seen not so long ago and other birds including hobby and firecrest have been seen nearby in Oxleas Woods, and a host of other birds along the Thames and on Woolwich Common. Well worth keeping a lookout in the park and surrounding areas. For more information about what’s been seen in London recently the London Bird Club wiki and Twitter hashtag #londonbirds are worth checking.
Tawny owl
Common buzzard
Peregrine
Stock Dove
Jackdaw
Herring gull
Black-headed gull
Lesser black-backed gull
Treecreeper
Willow warbler
Pied wagtail
Cuckoo (heard)
Mallard
Greylag goose
Cormorant
Grey heron
Written by Tim Rymer

The following species list was compiled by John Beckham, former Head Ranger of Parks and Open Spaces, from his birdwatching in Shrewsbury Park and old allotments.

If you see any of these birds, send us a photo!